With seasonal anime conforming to the social formality where “the rule of three” makes or breaks a series, this third week can be considered the most crucial time is a show’s run-time. All in all, there have been no considerably drastic leaps or dips with this week but some of these episodes have really shone from what we saw last time. As much as I would like to watch every show this season, it isn’t viable considering the time sink so in this week’s roundup I will also be saying whether I am dropping or continuing each show.

Every week I find it increasingly difficult to come up with a paragraph of thoughts that don’t reiterate my previous sayings for AHO-Girl. With a gag comedy revolving around the singular concept of a stupid girl, there’s only so many ways a person can say “it’s funny when she’s stupid” without sounding like a moron themselves. Quality wise, nothing has dropped since previous episodes and the comedy has stayed pretty consistent, I expect this show will be much of the same from this point onward which is promising considering how much I’ve laughed so far.

AHO-Girl is a short harmless comedy that has got plenty of laughs out of me: Continuing 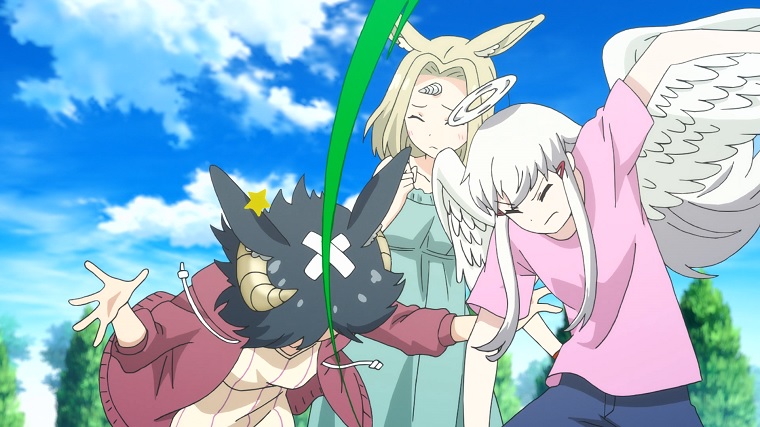 With every episode introducing more characters than the show can effectively develop, this show refuses to slow down. Unfortunately, this is to the detriment of the narrative with each character feeling one-dimensional. Inherently this results in a show lacking impact. Although it provided some well set up moments, it was all very by-the-book. Ironic that a show central to an idea of eccentricity falls flat due to its lacklustre and dull delivery. This episode specifically focused so much on creating “comedic” moments that the characters within them felt cardboard. If not for the well animated section in the middle of the episode I would see no reason to watch it. Admittedly, this show wasn’t a complete failure, its first episode set up an intriguing premise and the character designs are what you would expect of this kind of show. In a weaker season, perhaps I would continue this show in its entirety.

Centaur no Nayami has continued to disappoint with a lukewarm concept: Dropping

QUIET, CALM AND COMPOSED GIRLS ARE ALWAYS THE SCARIEST

Predictable isn’t the word I would use to describe this show by a long shot but it’s definitely showing a consistent structure. Not that there’s anything inherently wrong with keeping a defined narrative layout, this week’s episode echoed the praises of the one before it. Once again, the exaggerated and grotesque visual style is working to emphasise the gruelling insanity of the setting. This episode focused on a geisha style game of stylised roulette contrasting heavily to the commercialised in-your-face approach of the last gamble. Calling this show’s visual direction “clever” is a bit of an overstatement but this episode presented its visually dull game rather well. Much of the same and I expect that will be a recurring theme – it’s a good job it’s been alright so far.

Kakegurui runs the risk of becoming too episodic but I have hope for this oddball: Continuing

Following the insane battle well fought by our protagonist Ernesti, this is the first episode to not feature a mech-monster battle in any form. Now with the promise of teaching Ernesti the secret of a Knight’s Heart by none other than His Majesty the King, this show has laid out its overarching plot to drive the narrative forward. Wasting no time, Ernesti is straight in the repair station suggesting all kinds of wonderful ideas taken from his time as a real-world otaku. With a somewhat lacking first section, they conclude with an all out mecha fight between the old and new models providing what kept the show alive – some undeniably cool action. More noticeably, this episode seemed to hone in on character interactions and how some of the older training students have reacted to a real behemoth encounter. Dietrich for example seems to be an interesting case that will clearly be getting some more attention at a later date. If this episode is anything to go by, maybe this show won’t be the one man Ernesti show anymore?

Knights & Magic is an incredibly engaging and cool show that I don’t think I can afford to skip: Continuing

Koi to Uso (Love and Lies)

Wow, I did NOT think this show was going down this route I’m genuinely taken aback. Obviously I won’t get into specifics but this one really surprised me and this show is clearly presenting more than I had given credit for. Not only is the dynamic between these two girls and Neji becoming more complex and morale-questioning by the minute, but other “side characters” are proving that they have a lot more to contribute than you would expect. Visually, this episode seemed to go crazy with its dutch angles, emphasising the level of confusion in our main character but it did get a little dull the fourth time round. In contrast, the soundtrack to this episode really got me good, there were around three pieces that gripped me and worked great in emphasising the sequence. Although not one of the critically strongest, this show has strengthened a firm grip and I’m not trying to break free.

Koi to Uso is a cute drama/romance with rebellious teens which is my weakness: Continuing

HIGHLIGHT OF THE WEEK, A SHIFT IN TONE WITH THE SAME AMAZING VISUALS

World-building has been the crux of this show since its first episode aired and this week really emphasised why that is. With Riko seriously discussing a jouney to the depths of the abyss (a task unknown to be completed by any person), this episode displayed a clear shift in tone. This fantasy adventure show teems with life and the world feels so fleshed out that this change in tone can work so well. Not only do our characters distance themselves from settings the audience is familiar with, but act in ways unexpected and unpredictable. From what I’ve seen, everyone is talking about this episode’s visual prowess – with the detailed map catching everyone’s eyes. With incredibly backgrounds spectators have come to expect, this show’s effortless narrative shift while retaining its qualities that built the episodes prior, this show is my personal highlight of the week.

Made in Abyss looks to be one of the most visually complex shows of the season: Continuing 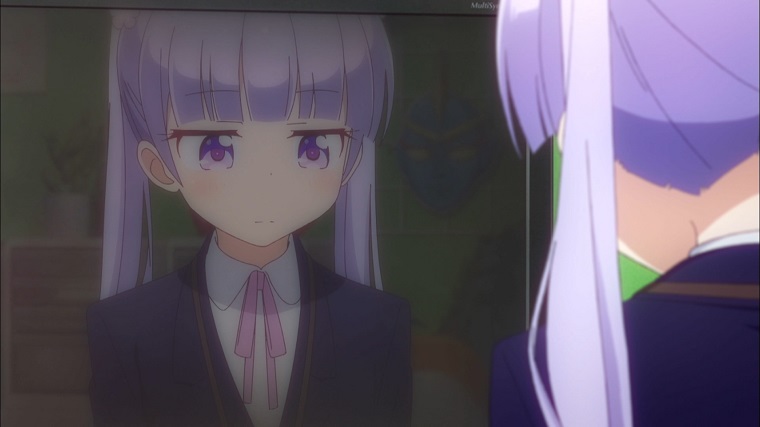 We have meaningful drama and thorough character development in a show about cute girls making video games! What took half of last season in character building to pull of successfully, we receive in the SECOND episode of New Game!! Swerving a complete 180 from the carefree nature of the first episode, this week slowed the pace and gave us time to truly appreciate the masterful dialogue behind these characters. I cannot express how rewarding it is to finally see some cross-season attitude and personality development in a show that could easily have taken the easy route. I didn’t think they could top last episode’s hectic and efficient structure but now I don’t know what to think because this one pulled off the complete opposite as if it was nothing. New Game!! continues to be my personal favourite show and has done the work to set up some crazy narrative next week.

New Game!! is the sequel I’ve waited for since New Game! ended, no way I’m dropping this: Continuing

Welcome to the Ballroom

AS THE PLOT THICKENS, CONVENIENCE SEEMS TO SLIP INTO THE STORY 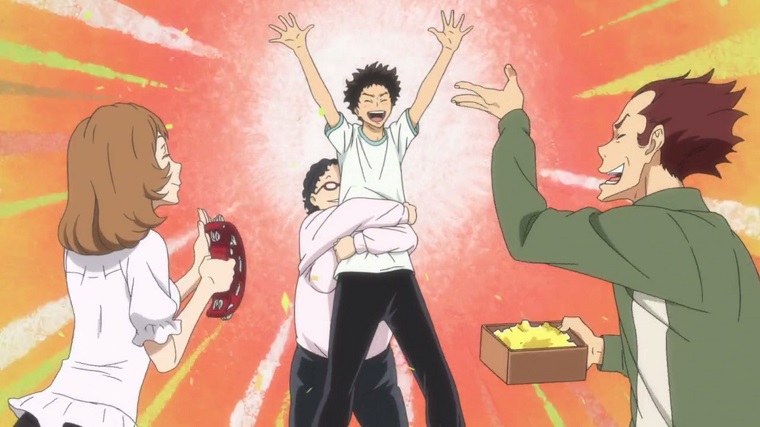 Although you may not think it from the header image, this week’s episode actually went down quite a dark path in amongst the silliness. With Hyodo and Shizuku in the midst of a competition, we’re taken back and forth between the practise hall and stage in a similar fashion to last week. This time however, complications arise and more characters are being introduced – more sinister than the happy go lucky cast we’ve experienced so far. This episode was quite a weird one, definitely the most serious at points but overall it took quite a lighthearted tone which undermined the brooding narrative that was being setup in the meantime. I wasn’t quite sure whether I should be engaged with the ridiculous nature of the dance sequence or if I should be concerned with what’s happening away from the stage. That being said, it was another great well-rounded episode that sets up a hell of a lot of questions for next week.

Welcome to the Ballroom, another highly anticipated show with no sign of slowing down: Continuing