Although I usually pick and choose which conferences I watch when it comes to E3, I’ve actually been pretty on top of everything so far. Whether it be through excessive memes on twitter or watching my friends get excited about games I hadn’t heard of, I knew the best had yet to come.

Nintendo will always be my number one and their direct is the only one where I actually set an alarm to make sure I wouldn’t miss it. So now it’s over, let’s have some fun talking about what just happened (hint: it’s a lot).

Dragon Quest and Banjo-Kazooie Are Coming to Smash!

Smash Ultimate practically consumed 2018’s E3 Nintendo Direct so it’s no surprise that their DLC fighter announcements would get fans excited. It may not be the likes of Sans from Undertale or Minecraft Steve (which I would’ve loved to see the fallout), but two fan-favourites are coming to Smash!

Opening the direct, “The Hero” from Dragon Quest was announced to a relatively lukewarm response from Twitch chat. I have to admit, the only Dragon Quest game I have played is Dragon Quest IX: Sentinels of the Starry Skies and I didn’t get very far into it. I am well aware that this franchise has its fans and I hope they’re as excited as I was when I found out Ivysaur would be coming back. Dragon Quest is a beloved franchise and it seems like this character will be a seamless addition to the roster, I just never got into the series myself. Bare in mind this was when my ten year old brain was still getting through Pokemon Platinum and feeding my three Nintendogs daily.

And speaking of bears (I’m sorry that transition was awful), Banjo and Kazooie are here! This is much more up my street. The cinematic announcement for this character really knocked it out of the park by giving us some DK-K.Rool lounging which seemed like a perfect fit for the bear and bird. Thinking back to the original games, I can’t even imagine how hard it must be to whittle down their move-pool to correlate with Smash’s mechanics.

I know one thing though, if there is even the slightest reference to Banjo-Kazooie: Nuts & Bolts, there will be a lot of ungrateful faces on release day. I’m much more excited to play as these guys than the Dragon Quest hero from a purely subjective viewpoint and I’m glad I bought the fighters pass when I did!

This is what separates the boys from the men. Animal Crossing for Switch is finally here after all this time, kind of. Personally, I’m a little bummed out but not surprised that the launch date for the new Animal Crossing was pushed back from its initial 2019 plan. That being said, after watching the trailer (multiple times I might add) and seeing the live gameplay with Ms. Kyogoku & Mr. Nogami, I know that Animal Crossing: New Horizons will be well worth the wait. 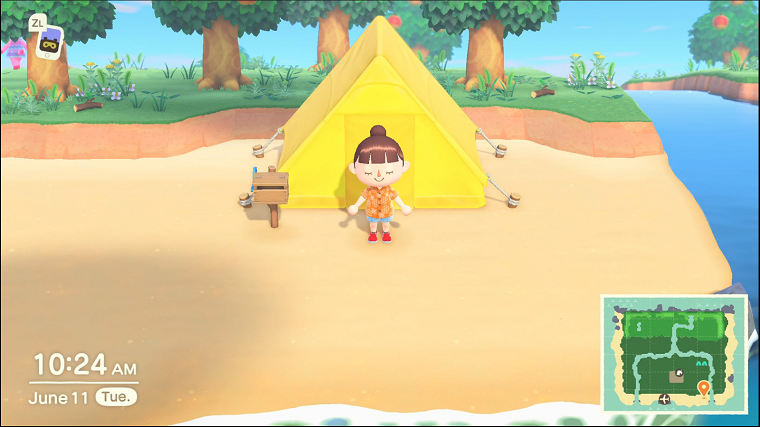 For some personal stuff, both my girlfriend and I are huge Animal Crossing fans but she didn’t have access to a computer when the trailer dropped. I spent most of the time during both the Direct and Nintendo Treehouse Live screenshotting and relaying the new additions across. Needless to say, it was chaotic.

There is so much new content that has been revealed today that I am thinking of writing a separate article diving into the new content. The Treehouse livestream showcases a bunch of new features as small as being able to move furniture more precisely to larger game changers like 8-player online capabilities! From an Animal Crossing fan, this will be my favourite game of 2020.

Breath of the Wild Sequel in Development

So I’ve only just got into Breath of the Wild over the last couple months and I am loving every moment of it. I’m still at the in-between stage after gaining Mipha’s Grace and making friends with the people of Gerudo Town so it’s still early days. I haven’t purchased the DLC at this time (hell I didn’t even buy the game, I’m borrowing the cartridge from my brother) so I have no idea how to gauge the scope of this new trailer.

However, it looks pretty damn cool. I should probably point out I’m not too excited for the new Link’s Awakening game which is most likely a highlight on everyone else’s rundown – there’s just not much attachment for me. 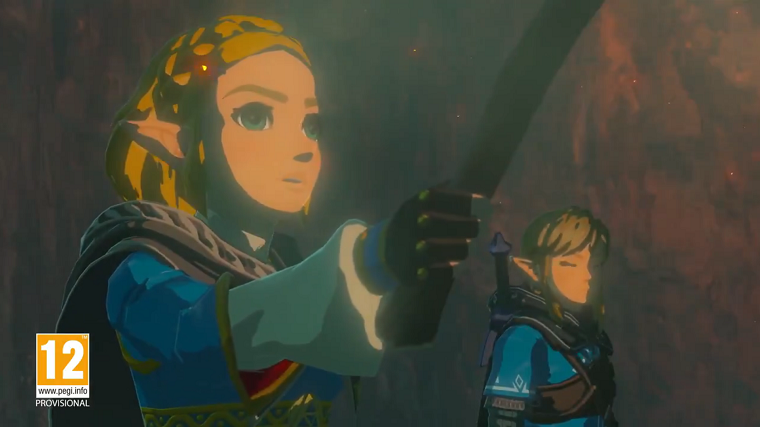 They didn’t necessarily tell us much, but what was shown looks to be one hell of a quest. We have to assume the project is so early in development that they simply revealed everything they have. Which, if that’s the case, seems to be a promising sequel to a game that practically sold the Switch by itself. If the villain’s anything to go by, we’re in for more of the same (which is not a bad thing at all). Also Zelda looks cute. I mean she always looks cute but damn she’s cute.

In terms of the Direct itself, not much was revealed about Pokémon Sword and Pokémon Shield. This, understandably, is probably because we got a dedicated Pokémon Direct not too long ago – which actually made me twitter famous for a day, check it out. We got visuals of a new gym leader, Nessa, and attendees of E3 would have access to the very first playable demo of the game to be released. Aaand, that was about it for the Direct. 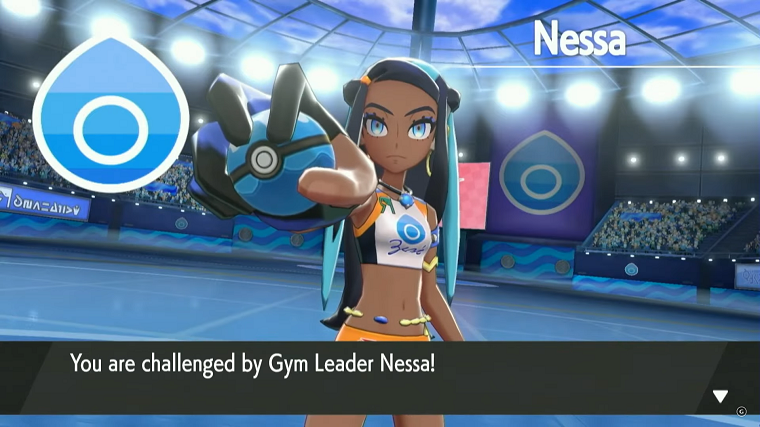 In the Treehouse livestream, however, we were treated to 21 minutes of uncut gameplay – presumably the demo available at E3. Most of the gameplay consisted of the previously announced “Wild Area” which seems to be presented as a seasonal Safari Zone. Using a team of the three starters, Wooloo, Corviknight and Pikachu, there weren’t any new Pokémon revealed explicitly through this gameplay demo. That’s not to say we haven’t learned anything though.

As of writing this article (20:05 GMT – 11-06-19), two Pokémon have been inadvertently revealed through social media from players at the E3 Nintendo booth. Although these may turn out to be hoaxes or rumors, their names are Yamper and Impidimp and pictures of them can be seen below.

Alongside that, we also got some exclusive footage of the raids that were mentioned briefly in the Pokémon Direct. We got to see just how difficult (or not so from what was shown) these raids are as four players teamed up to defeat an empowered Steelix. Throughout the course of the battle, Arcanine “Dynamaxed” and proved to be a worthy adversary to the raid Pokémon. The team cleared the raid with no casualties – entertaining but nothing that wasn’t already covered in the Direct.

Cadence of Hyrule: Crypt of the Necrodancer

I looooove Crypt of the Necrodancer and I cannot wait to play Cadence of Hyrule! This game has such a unique premise that is executed so well that I can play it for hours at a time. Necrodancer has such a compelling idea supporting it that using recognisable characters like Link and Zelda should only heighten the commercial appeal. Crawling dungeons to the beat of an amazing soundtrack – now with Hyrulian bosses and aesthetics – is a must own for the console and I hope this gets more people playing a game that I simply adore. 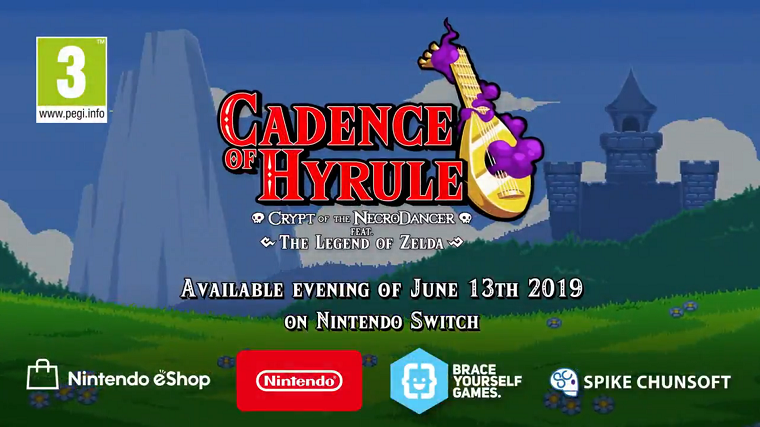 All in all, Nintendo made my E3. Sure, Sony is a no show and Microsoft actually had some neat stuff to release – not to mention a western release of PSO2 – so the competition wasn’t nearly as formidable as previous years. The thing is, I have never been more excited to own a games console. I’ve been a PC guy since I stopped using my XBOX 360 and owning a Switch has been my first foray into the console market since I was in school.

I mean if we’re being honest, Animal Crossing: New Horizons alone makes the console worthwhile to me. Then, on top of that, I can look forward to a new Pokémon and Zelda game? And constant updates to one of my favourite fighting games? And seeing updates to smaller indie titles that I fell in love with on PC. AND getting excited for new experiences like ASTRALCHAIN (which would’ve had its own section if I knew more about it)?

I have never been happier to be a Nintendo fan and if all it took was to wait another few months for Animal Crossing, so be it.